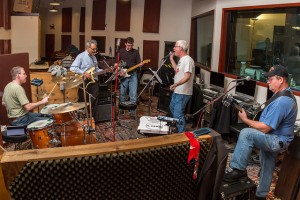 And believe it or not, I LOVED played the cover songs, especially Joe Rooney doing Takin Care of Business. I mean that guy has chops like you wouldn’t believe.  I’ve written plenty of songs over the years, but although Java has gotten a bit of radio play here and there, none of my recordings has ever been released by a record label. Heck my biggest hit was probably a 500-copy run of the Marilyn Monroe cassette tape back in 1990 that we sold at gigs. I mean, Jumpin Jack Flash has sold millions and millions. It’s GOLD wrapped in PLATINUM. 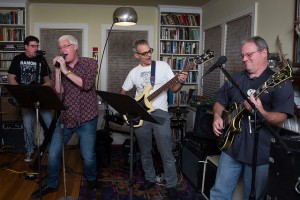 Anyway, I loved playing bass and doing funky lines in Rebel Rebel and London Calling. We sounded pretty good and we had fun and we didn’t embarass oursevles too much. Everyone had so much fun and there’s talk of another gig maybe for my birthday on Jan. 20??

Anyway, I’ve been surfing around and reconnecting with some of my other old band mates and who knows what’ll happen next. It’s also important to collaborate with one’s spouse so I’m working on a possible musical with good Jen.

PEACE OUT and ROCK ON.